Apple is reportedly developing its own search engine, and this could mean bad news for the Google empire.

Google pays Apple between $8 billion and $12 billion per year to be the default search engine on the iPhone and iPad, but that contract is coming to an end…

Reports indicate that Apple might not renew amid increasing pressure from antitrust authorities.

The possibility of a new search engine might hardly seem noteworthy when you consider the lackluster market share of failed Google disruptors like Bing, DuckDuckGo, and Yandex…

But Apple might actually present a legitimate threat to the ubiquitous search giant.

Apple has a few arrows in its quiver that no other Google competitor — not even Microsoft — can match.

Most non-Google search engines don’t have the resources or the infrastructure to crawl and index billions of web pages. As a result, a majority of these search engines license their index from Bing.

Whether you use Yahoo! Search, DuckDuckGo, Oscobo, or most other alternative search engines, you’re browsing the same index—albeit with modified rankings.

There hasn’t been a standout Google competitor because they all collect their water from the same well.

But Apple has its own proprietary web crawler, Applebot. Applebot was first spotted in 2014 and later identified as an in-house crawling tool used to power Siri and Spotlight results.

Some webmasters have noted that Applebot is now crawling their webpages daily, keeping pace with Google’s own crawlers and, in some cases, exceeding that pace.

This may be bad news for Google as it lends serious credence to the rumor that Apple is about to disrupt the search engine market.

As of this writing, Apple already has more than enough data to launch a search engine completely independent of Google and Bing.

Apple Is Stressing a Privacy-First Model for Search

The real competitive edge for Apple may come in the form of private, ad-free browsing.

The company has been moving aggressively toward a more privacy-focused environment. They recently provoked Facebook’s ire after announcing that iOS 14 will require developers to ask users for permission to gather personal data.

Now, some reports indicate that Apple’s own search engine won’t even allow businesses to use customer data for ad targeting.

This could be a game-changer in a market where consumers are growing increasingly disenchanted with the amount of personal data being mined.

For Apple, the search engine itself doesn’t need to be the revenue driver. The company makes nearly half of its revenue from iPhone sales, and the rest comes primarily from laptops, wearables, and accessories.

The search engine could serve as a valuable loss leader…

When consumers have access to a privacy-centric search experience that’s 100% ad-free, the iPhone and other Apple products look all the more attractive.

This automatically gives Apple a competitive edge over Google, as they can use this type of data to customize and tailor search results more precisely—all the while remaining true to their privacy-first commitment.

The synergy of Apple tools allows for more intelligent personalization. The search engine can use these tools to offer more relevant suggestions and connect customers with brands or products they don’t even know they needed.

For example, if you search Google for “new music recommendations,” you’ll find a list of generic websites where you can browse artists or curate playlists…

But if you were to enter “new music suggestions” into Apple’s search engine, Spotlight could tailor personalized recommendations based on your Apple Music playlists and listening history.

You wouldn’t even need to mention a genre or artist in your search query.

But in many ways, it still feels like Google is trying to catch up. The company is a long way from mastering semantic search intent, and its native app support leaves a lot to be desired.

This is a problem for Google as mobile search now exceeds desktop search worldwide.

In many developing countries, consumers exclusively use their phones to browse and shop. Capturing the mobile market now could be a game-changer for Apple.

There are numerous ways in which Apple can revolutionize search for the mobile market. For example:

Bing failed to dethrone Google because it lacked these types of forward-thinking innovations. Even today, Bing looks just like Google with more visual whistles and bells. It hasn’t raised the bar, and so most web surfers have stuck with what they know. Apple could legitimately change all of that.

Apple Has an Enormous Built-In Audience

Unlike most new business ventures, Apple’s search engine wouldn’t need to lure in a lot of customers. The customers are already here. More than 1.5 billion Apple devices are in use worldwide, and over 900 million of those devices are iPhones. The iPhone also leads the U.S. mobile phone market share with 39%.

If Apple wants to introduce hundreds of millions of consumers to a Google alternative, all they have to do is release it…

We’re already seeing Apple laying the groundwork with the release of iOS 14. Siri and Spotlight Search have started using proprietary Apple rankings, and most iPhone users haven’t even noticed. If a more complete search engine is ultimately released, there’s no telling the impact it could have on Google.

Apple is notoriously secretive when it comes to new projects, so we don’t know if a full-fledged search engine will be released in the next month, the next year, or the next decade.

Still, when you consider the increased activity of Applebot, the recent changes to iOS, and the crumbling relationship between Apple and Google, don’t be surprised if you soon find yourself learning a whole new breed of SEO straight out of Cupertino. 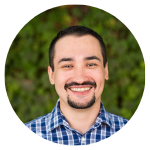