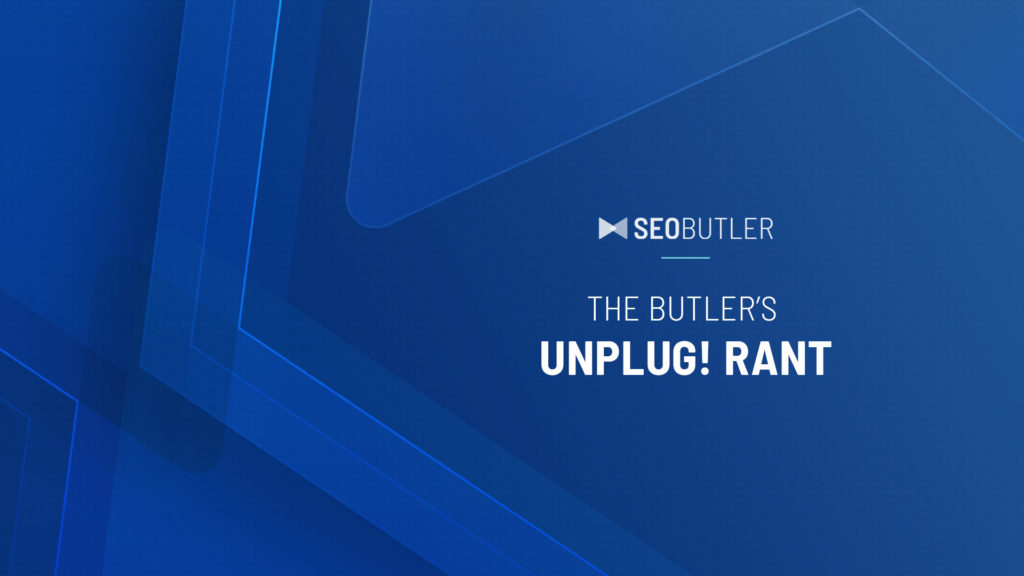 Recently, I did something truly terrifying.

I took a weekend off to go camping, deep in the English countryside.

No. It was the fact that I left my laptop at home and ventured deep into the woods—where there was no internet or mobile access to be found.

I didn’t go on holiday by mistake. The decision to consciously untether myself from technology for a few days was an intentional one.

But I wasn’t prepared for the level of anxiety I reached when my final bar of mobile reception melted away.

I spent the next few hours in a state just short of a full-blown panic attack—full fight-or-flight mode triggered.

This made me painfully aware of how long it had been since I’d completely unplugged. And even though those first few hours were torture, they were also an eyeopener…

How had I become so dependent on being constantly connected?

How could I let being temporarily unplugged have such an impact on me?

It turns out I’m not alone.

Little did I know—until I returned to “civilization” and reconnected—but there’s even a recently coined psychological term: nomophobia—as in “no-mobile-phone-phobia.”

I’ve experienced both these symptoms—all too frequently— and I’m willing to bet that you have too!

Even more shockingly, researchers have shown that our brains treat our smartphones and other internet-connected devices as virtual replacements for relationship partners!

Sean—our Editor-in-Chief—recounted a story of a once-in-a-lifetime drive he took through the mountains of Argentina to Chile.

Rather than enjoying the spectacular scenery, it was a white-knuckle ride all the way. Not because of the abundant herds of llama on the narrow roads or the hairpin turns.

Instead, it was due to having a team back in the US who were heavily dependent on him, and he lost mobile reception about half-an-hour into the drive.

When you’re used to being always reachable for the people that depend upon you, going unplugged—even for relatively short periods—can lead anyone to catastrophize.

If you’re a business owner or manage a team, it’s astonishing how many worst-case scenarios your mind can conjure up when you’re temporarily out of touch.

So what’s the good news?

Well—at least for Sean and myself—that period of intense separation anxiety from technology only lasted about two hours.

Once I accepted that I was going to be disconnected from technology for the next two days, I was able to connect with the natural beauty that surrounded me.

That night, far from the city lights, it was the breathtaking sky and stars that grabbed my attention—not the light emitted from a screen.

Don’t get me wrong—I love technology! I live and breathe it every day, and it’s what puts the food on my table.

But unplugging for just a few days was the reset I needed.

Even on the drive home, when mobile reception returned, I didn’t immediately feel the need to check my email to confirm that the sky hadn’t fallen in my absence.

Monday, I returned to work energized and with a fresh perspective. I was better able to focus and ended up having one of my most productive weeks ever!

Next time, I won’t wait so long before taking a technology break. I’m willing to bet it gets easier every time, and I found the benefits to be enormous!

There is plenty of scientific evidence to back this up. One study found that a four-day immersion in nature without technology improved creative reasoning by up 50%.

While it may not be feasible for many of us to take a four-day technology break, studies show that even unplugging after work comes with significant benefits.

Have you ever experienced nomophobia or separation anxiety from technology when you try to unplug?

Ever done a “digital detox”?

Tell us all about it and how you handled it in the comments!