All the Feels – The Ultimate Guide to Sentiment Analysis 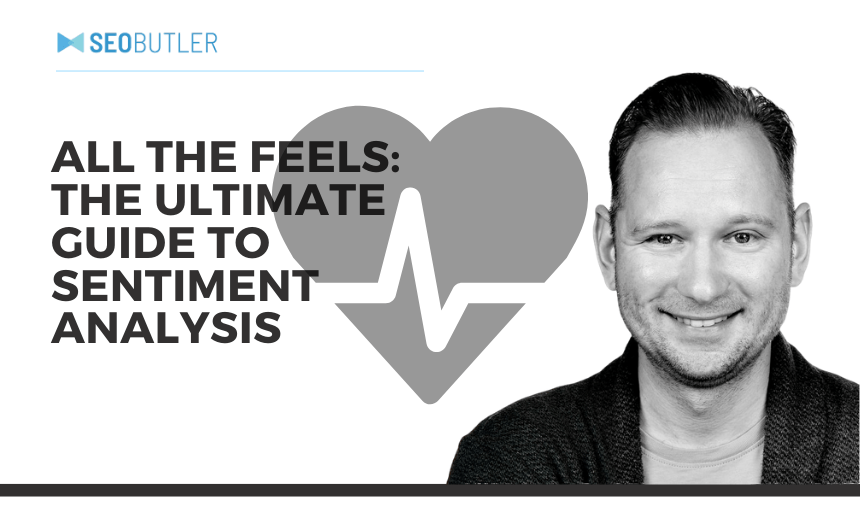 Today’s business owner has a massive bag of tricks at their disposal to help optimize their sales and brand profile.

Most marketers know how to attract new leads, retain existing ones, and how to make them all buy more.

But one thing many marketers don’t know is possibly the most crucial — what do customers think and feel about their brand?

As it’s impractical (and possibly illegal) to “follow” customers around to find out what they’re thinking, many brands rely on surveys and customer feedback forms to find out how the land lies.

Although these methods can be useful, results are often inaccurate, as there’s simply no way of getting each and every customer to provide feedback to give you the full picture.

Happily for frustrated marketers, Sentiment Analysis provides an answer to this conundrum.

Used regularly by a vast number of businesses, sentiment analysis is the art of using an online tool — such as Brand24 — to scour the internet for mentions of your brand or product, and it’s widely used in media monitoring and analysis.

“Social media will help you build up the loyalty of your current customers to the point that they will willingly tell others about you for free.” – Bonnie Sainsbury

A brand monitoring tool sorts mentions into three simple categories based on the ‘sentiment’ behind the comment.

The three categories are positive, neutral, and negative.

Most tools these days give you the option to not only view the actual comments, but also contact individuals to gain further insights.

As social media increases its impact on our lives, it’s now essential that businesses get on board with sentiment analysis.

So, we’ve put together our comprehensive guide to tell you everything you need to know. 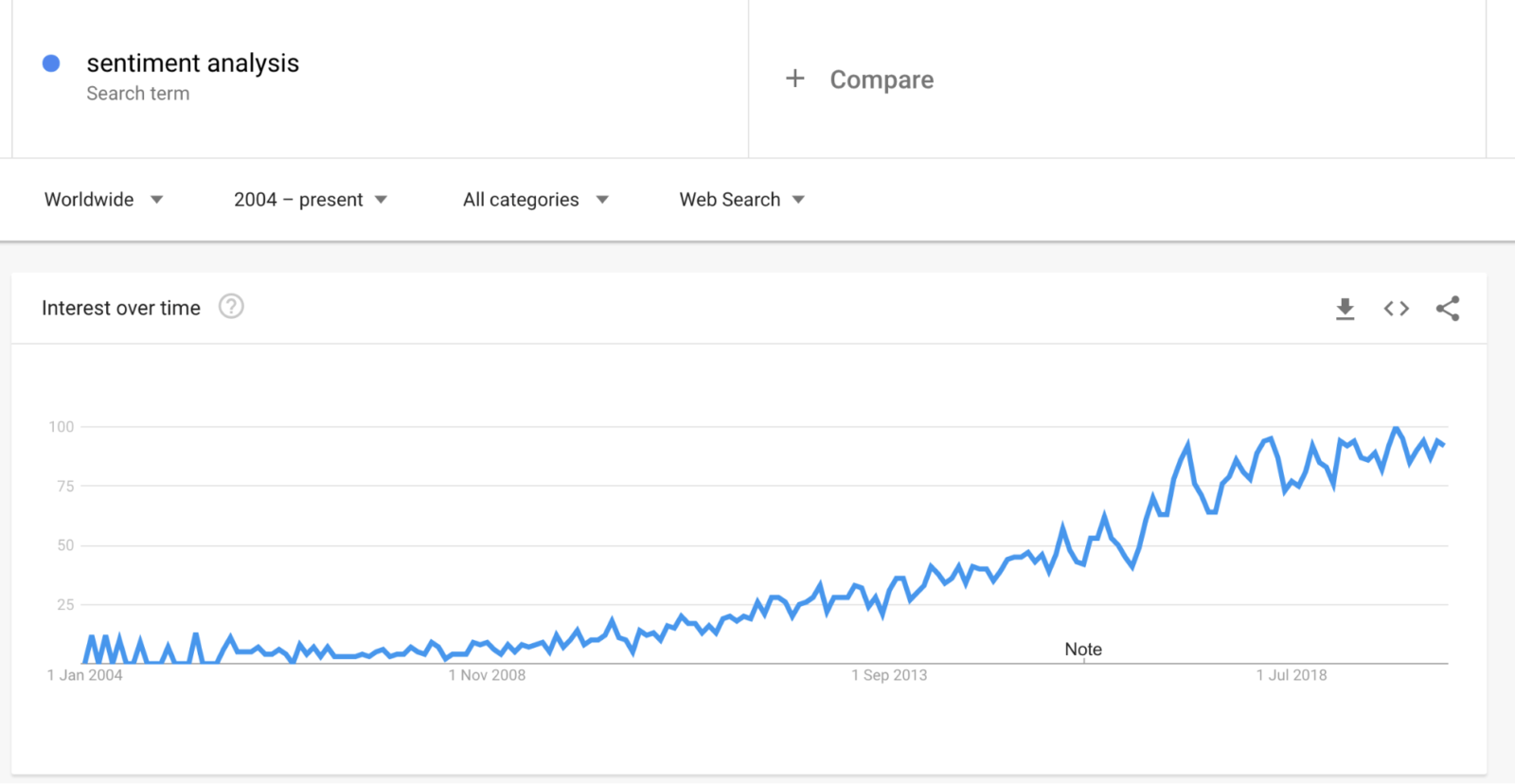 What is sentiment analysis?

Also known as opinion mining, sentiment analysis identifies occurrences of certain words or phrases on the internet and then analyzes the tone of the information.

“In simple terms, sentiment analysis locates a word — for example, your brand name — and then picks out every mention of the word online to tell you if the general ‘feeling’ about that word is good, bad or neutral,” says Mike Sadowski CEO, Brand24.

Who is sentiment analysis for?

Anybody can use sentiment analysis, however, it’s of particular use to businesses.

Brands who sell products and services make up the majority of sentiment analysis users — of which there are millions worldwide.

Why should I get on board with sentiment analysis?

There are several reasons for using sentiment analysis — all of them good ones.

Get the inside track

Sentiment analysis offers brands real-life insight into how people feel about their brand or product.

Marketers and managers can use the data from sentiment analysis reporting to benchmark competitors by comparing their own results against those of the competition. 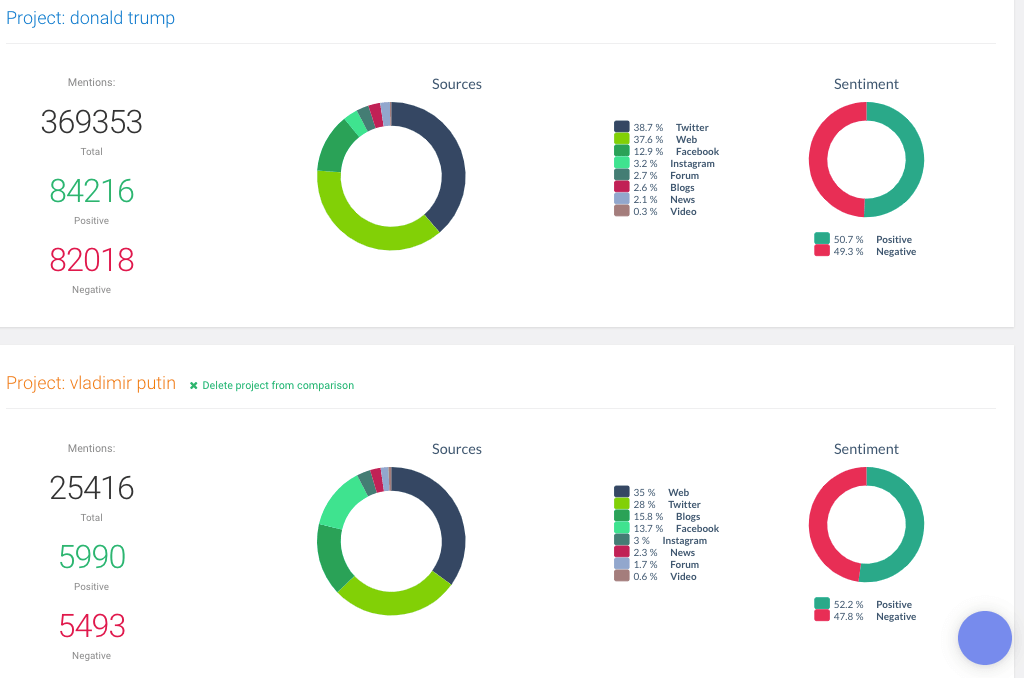 Sentiment analysis is hugely valuable in giving you proper insight into your target audience.

The results can give you a better idea of your audience’s demographics, but that’s just the tip of the iceberg.

It can also tell you about your audience’s likes and dislikes, and the things that they feel passionately about.

For example, a negative result with sentiment analysis may reveal that customers are shunning your brand because your packaging isn’t eco-friendly.

Sentiment analysis is an incredibly useful tool for brands as it allows them to make changes based on the results.

Some tools will even allow you to contact commenters directly to inform them of your intended changes.

Return on investment (ROI) is, of course, massively important for any brand.

So, how can sentiment analysis help?

While most marketers measure a social media campaign in terms of likes, comments, and followers, many are missing a trick by not using sentiment analysis.

You can employ sentiment analysis to measure positive (and negative) discussions to better assess the success of your marketing campaigns.

The benefits of sentiment analysis very much lend themselves to the arena of customer support.

By getting the lowdown on the aspects of support that customers are — and aren’t — happy with, a brand can up it’s game in response.

More importantly, it can help a brand nip any negative chatter on social media in the bud, which is particularly important for businesses in the service industry, such as hotels, restaurants, and bars. 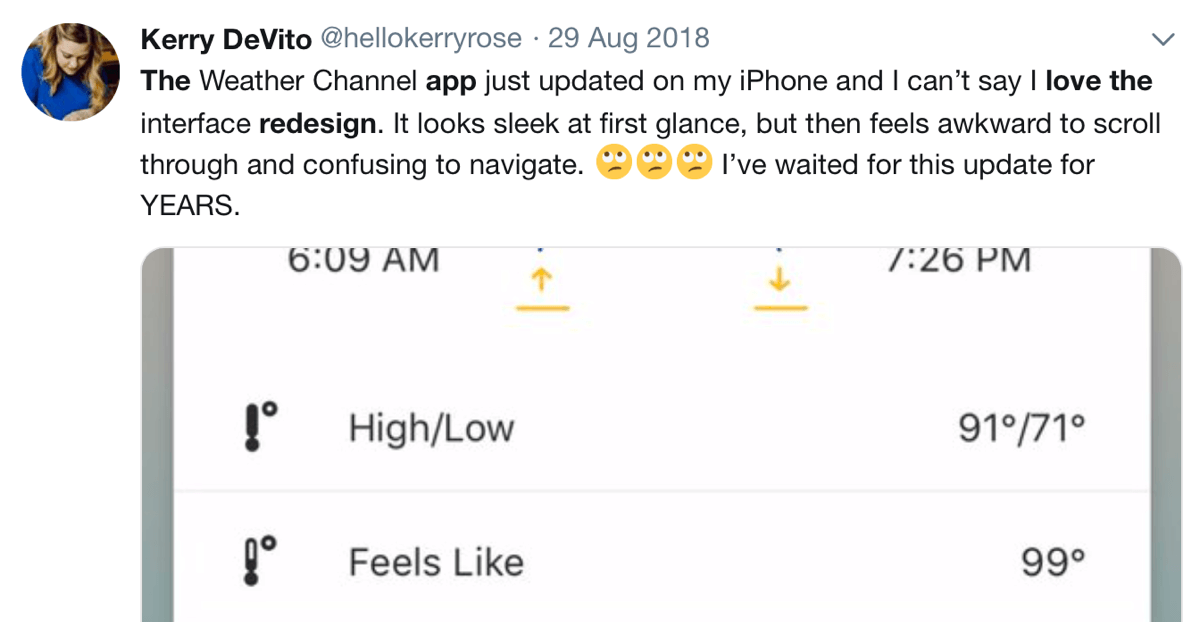 When you’ve got something good going, there’s no harm in shouting about it.

If you have a PR department or representative, chances are, they love great news.

Using sentiment analysis to find positive comments about your business gives your PR rep lots of material to use in PR and marketing materials.

Good in a crisis

If your brand is unlucky enough to be faced with a crisis, fast action is essential.

Without a clear understanding of what people are saying, you’re automatically at a disadvantage.

Sentiment analysis allows you to gauge the general consensus about the crisis and tailor your crisis communication accordingly. 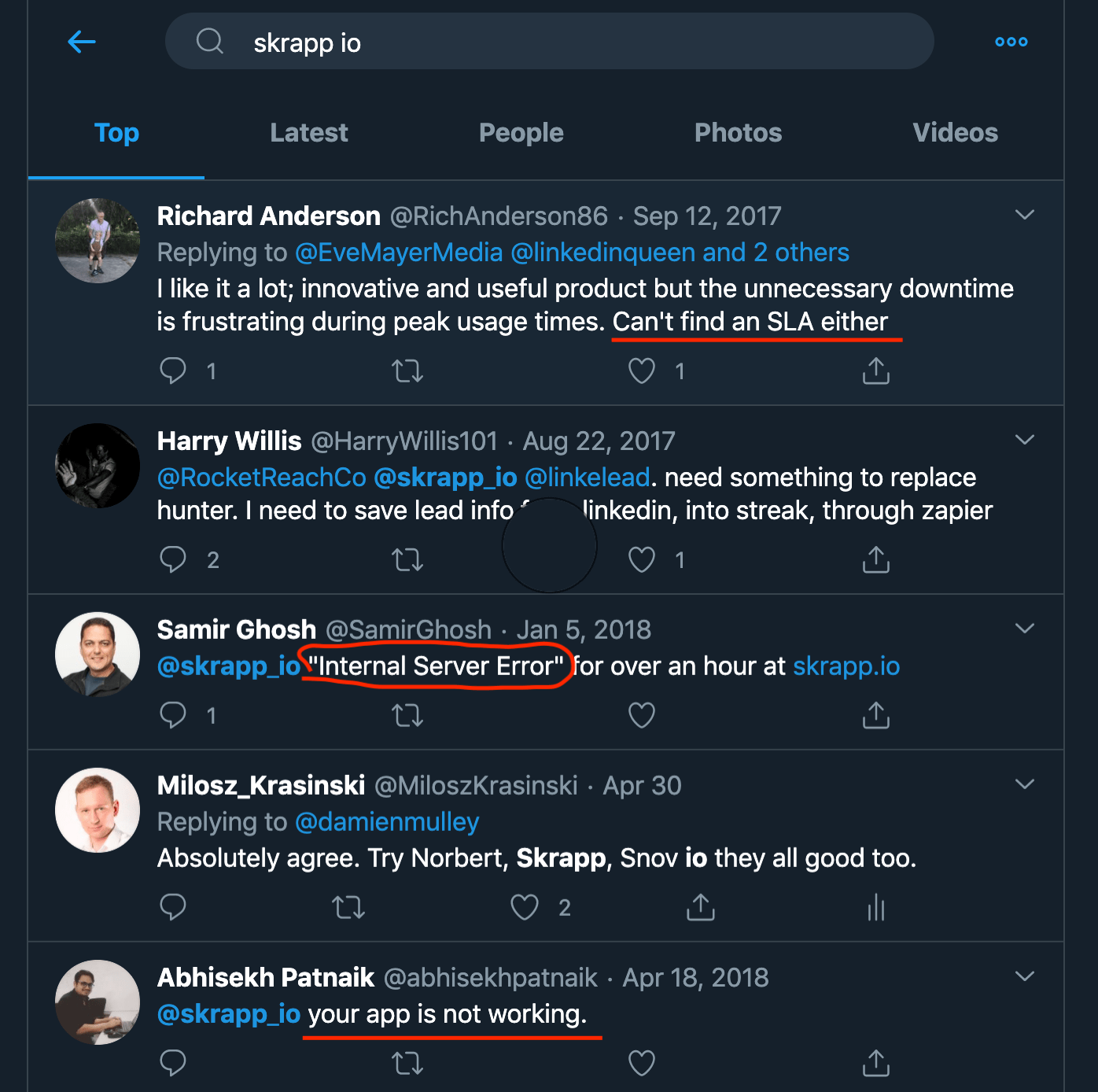 These are just a few great reasons why your brand should be tapping into the power of sentiment analysis.

In short, if you don’t know what people are saying about you, you’re powerless to defend yourself against it.

How does it work? The Techy Bit

An online tool uses a powerful search feature to identify mentions of your brand or service based on the search parameter that you input into the app.

The sentiment analysis tool will then:

The classification algorithm used will differ from tool to tool, but it will usually involve a statistical model such as Naive Bayes, Logistic Regression, Support Vector Machines, or Neural Networks. 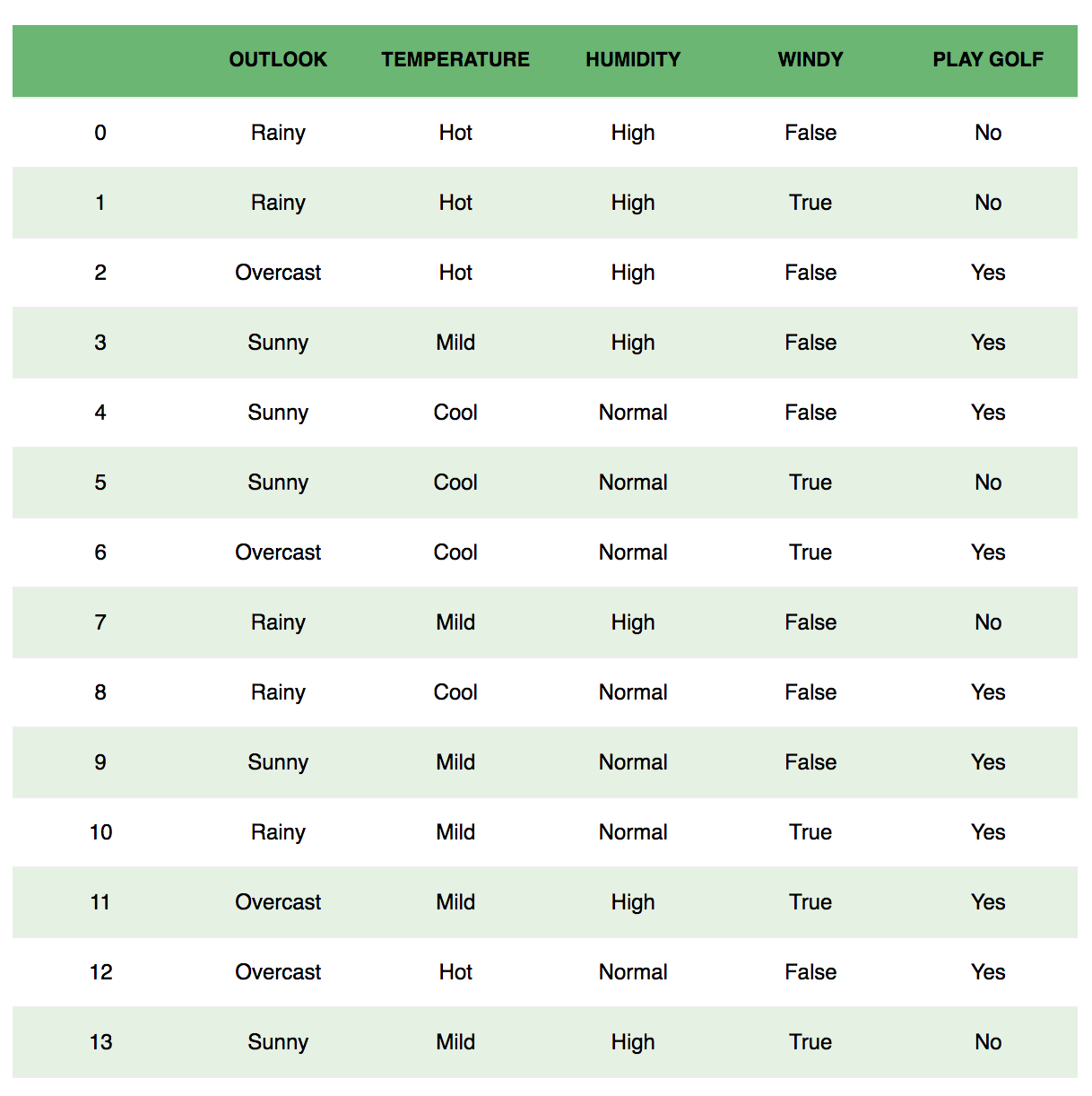 Support Vector Machines are commonly employed and use a representation of text examples as points in a multi-dimensional space.

Examples of different sentiments are then mapped to distinct regions within that space, and new texts can then be assigned a category.

The tool then collates the results of every instance that it has identified and analyzed in order to supply you with a report showing the overall ‘sentiment’ for your brand or product.

Which tools can I use?

When it comes to sentiment analysis, there are many tools available, and most of these are reasonably priced.

Some of our favorites are: 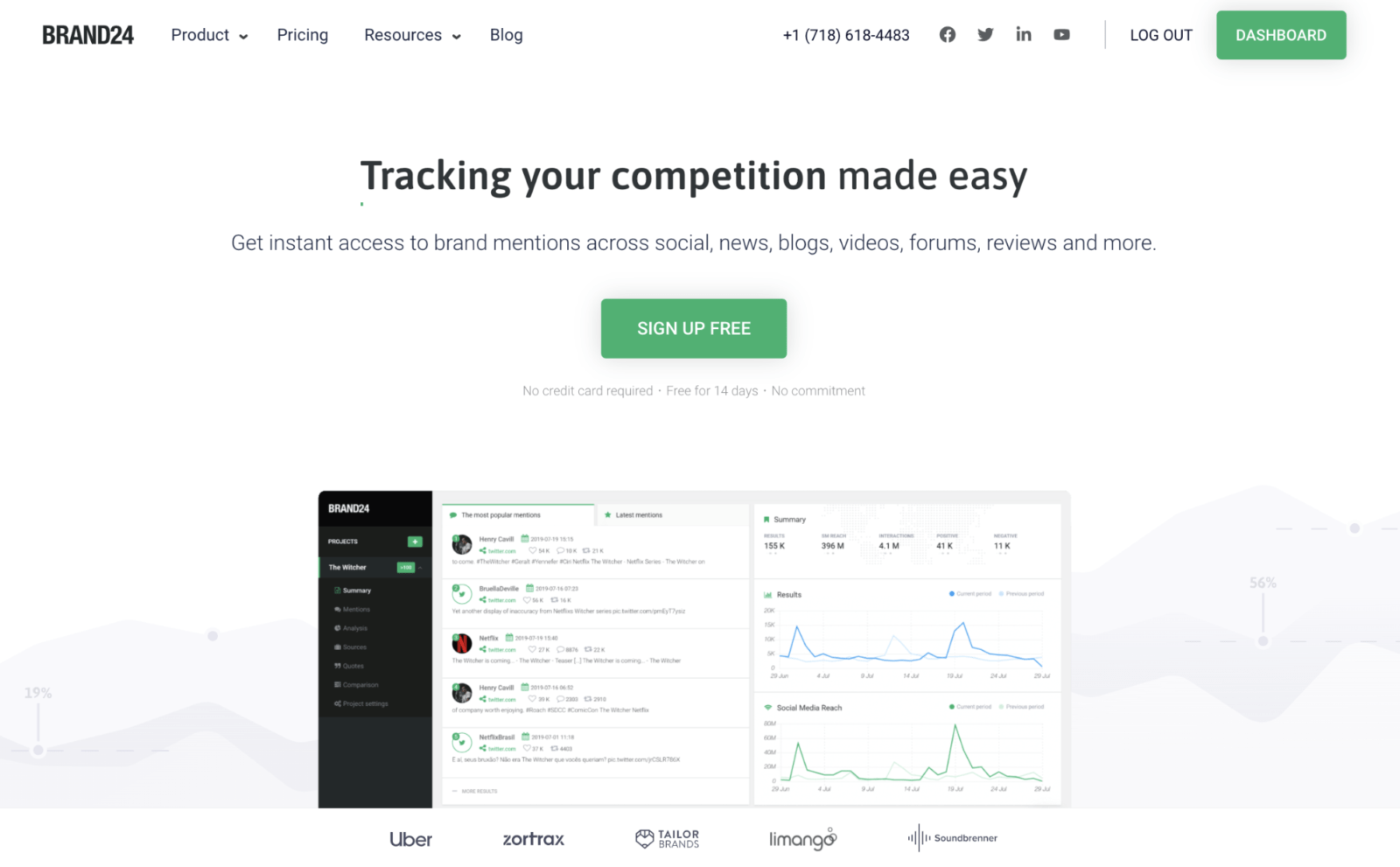 A popular sentiment analysis or reputation management tool, Brand 24 has a whole host of features such as mentions monitoring, volume chart, influence scoring, and a ton of analytics.

One of the most commonly used — and most accurate — mid-range sentiment analysis tools, Social Mention is a powerful search engine which powers its way through over 100 social media platforms to identify mentions and present you with a clear and easy to understand report.

Social Mention costs between $49 and $299 per month and offers a free 7-day trial.

Available in 23 languages, Repustate has over 3,000 customers over six continents.

Its highly effective search engine extracts semantic insights from a wide range of online media and other outlets.

Are there different types of sentiment analysis?

Yep, as well as the standard model for sentiment analysis, there are three different widely used options.

This kind of sentiment analysis is ideal for those who want to dig deeper in terms of results as it features a little more detail.

It also highlights emotions such as Happy or Angry and intentions, such as Interested or Not Interested.

This method of Sentiment Analysis is another way to filter results, as it allows you to focus on a particular aspect of a review or comment.

For example, it may use an aspect-based classifier to draw out specific comments such as “the battery life is too short.”

This is useful as it may highlight areas where you can make improvements.
Here’s an example of a data visualization that shows the results from an aspect-based analysis of Slack reviews: 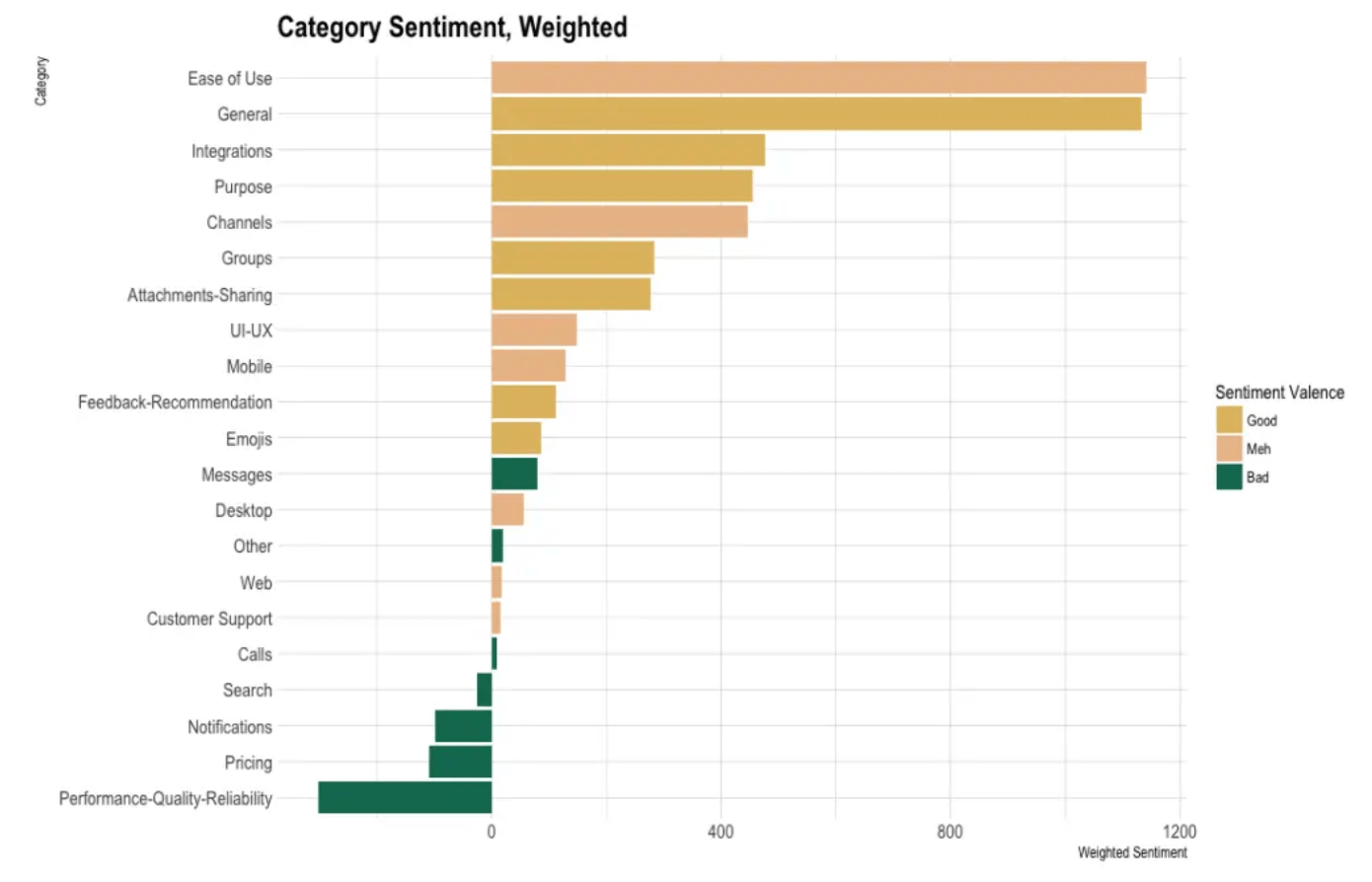 As you may have guessed by the name, this one deals with drawing out sentiment where different languages and cultures are involved.

As these involve considerable pre-processing, you may need some technical skill in order to use a language classifier tool alongside a sentiment analysis model.

As impressive as today’s sentiment analysis tools are, they’re not (yet) without their limitations.

Although they’re improving all the time, current limitations include:

Language is complex and ever-evolving, and sarcasm and irony are widely used around the world. Why does sentiment analysis struggle with this? 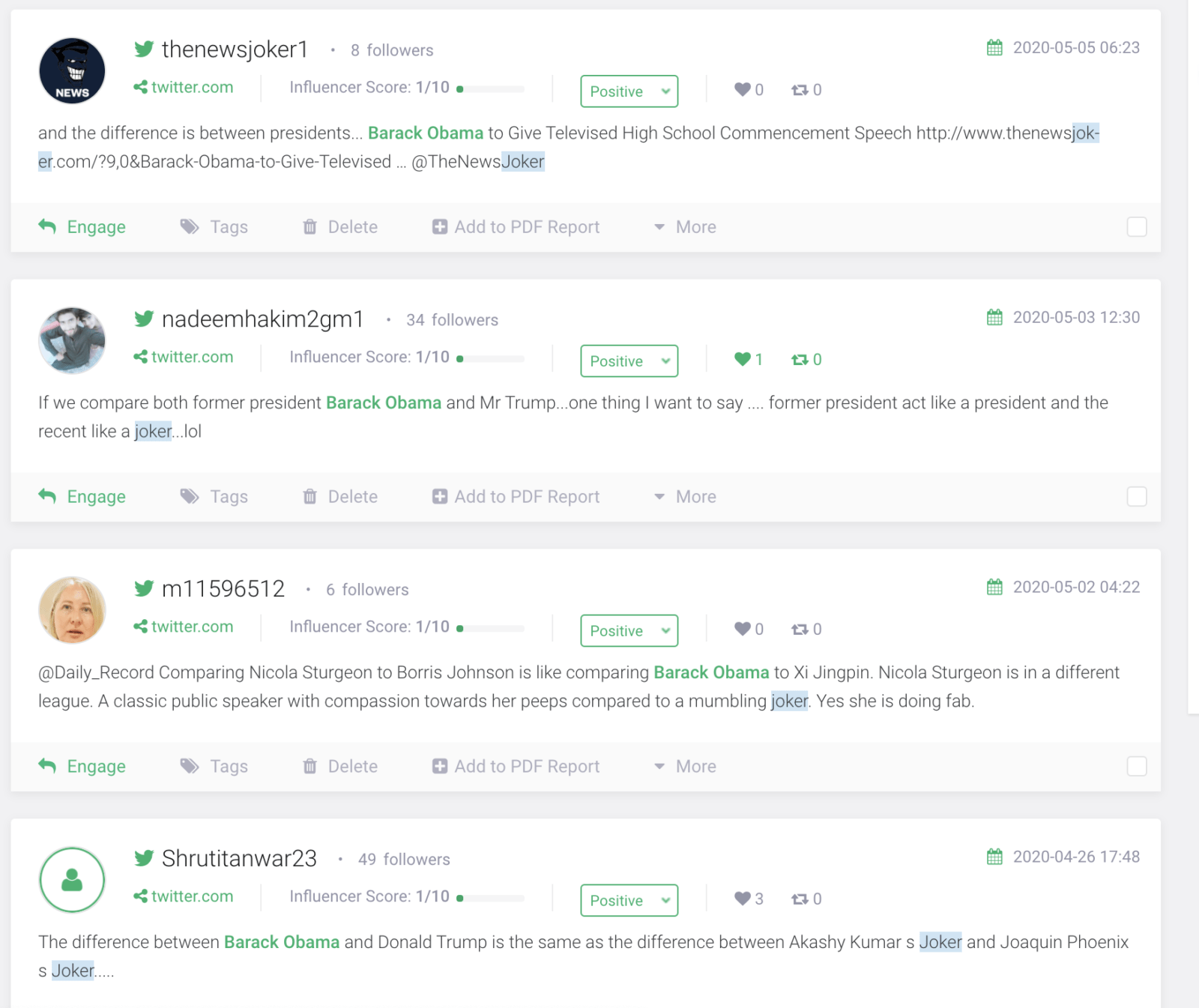 Irony and sarcasm, by their very nature, often involve the use of “positive” words to describe something “negative.”

For example, “Thanks, Brand X, I really enjoyed waiting an hour to get through to your customer support.”

Although a human being would instantly recognize this as a negative comment, a sentiment analysis tool may focus on the ‘Thanks’ and ‘I really enjoyed’ and, therefore, classify the comment as positive. 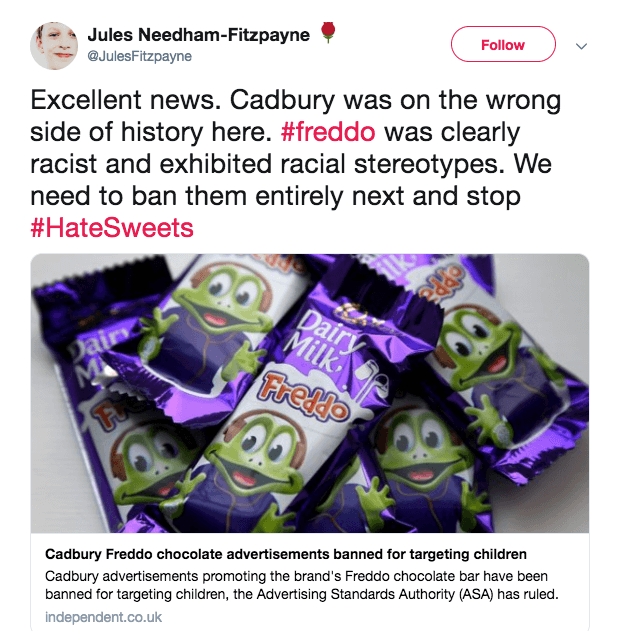 For example, “This is better than nothing” or “This product is second to none.”

A less sophisticated sentiment analysis tool would likely class both of these comments as positive, whereas, in reality, the first is neutral verging on negative. 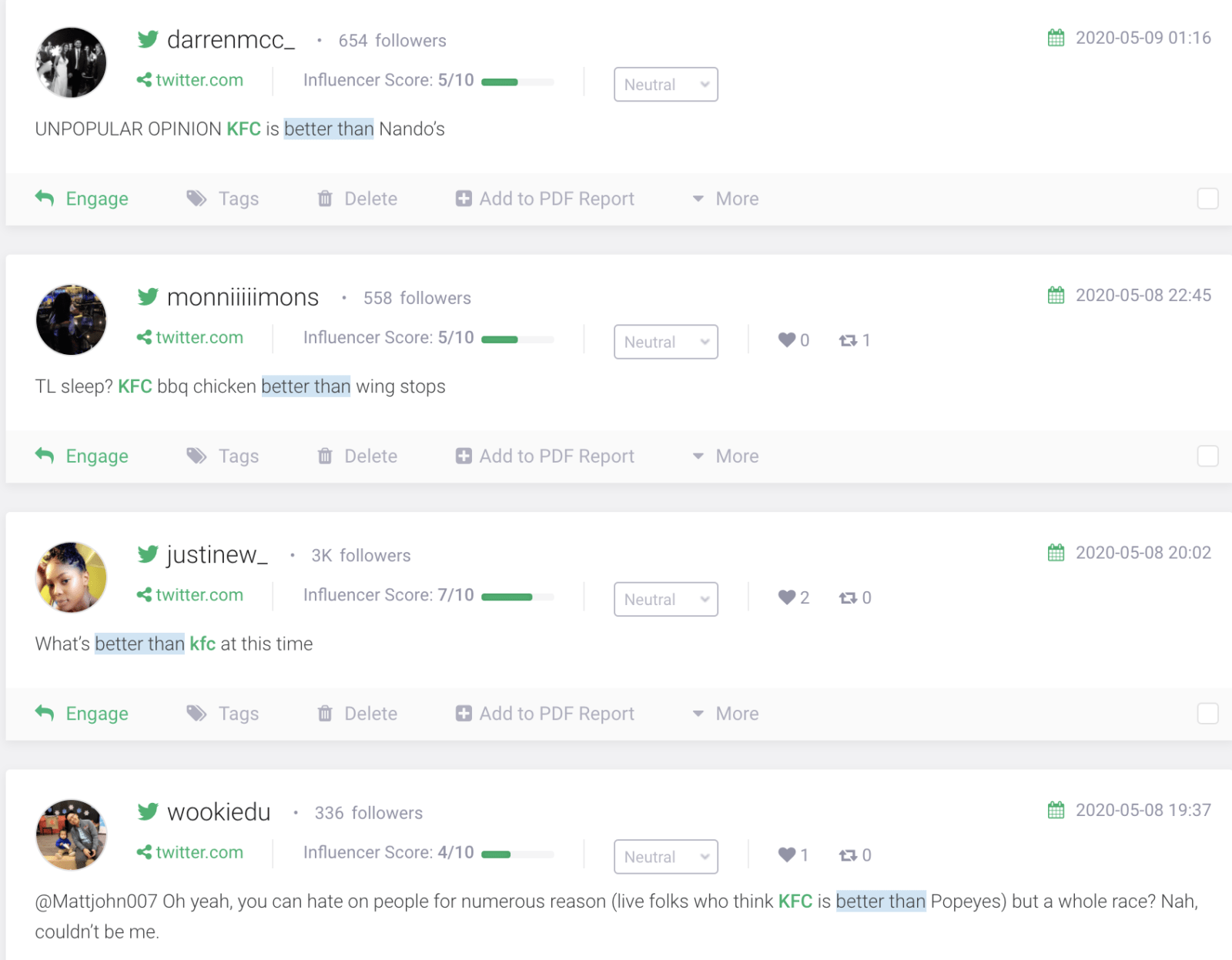 Although some sentiment analysis tools claim to have mastered emojis, this can still be a little hit and miss.

Emojis are used an awful lot on social media and fall into two categories:

To understand emojis, a sentiment analysis tool must pre-process social media content, then transform both Eastern and Western emojis into “tokens.”

The way we speak (or type) can differ hugely within different regions of the same country, and many sentiment analysis tools are unable to cope with this.

For example, in some areas of London, Cockney Rhyming slang is used to transpose words with others which rhyme – i.e., stairs become apples and pears. 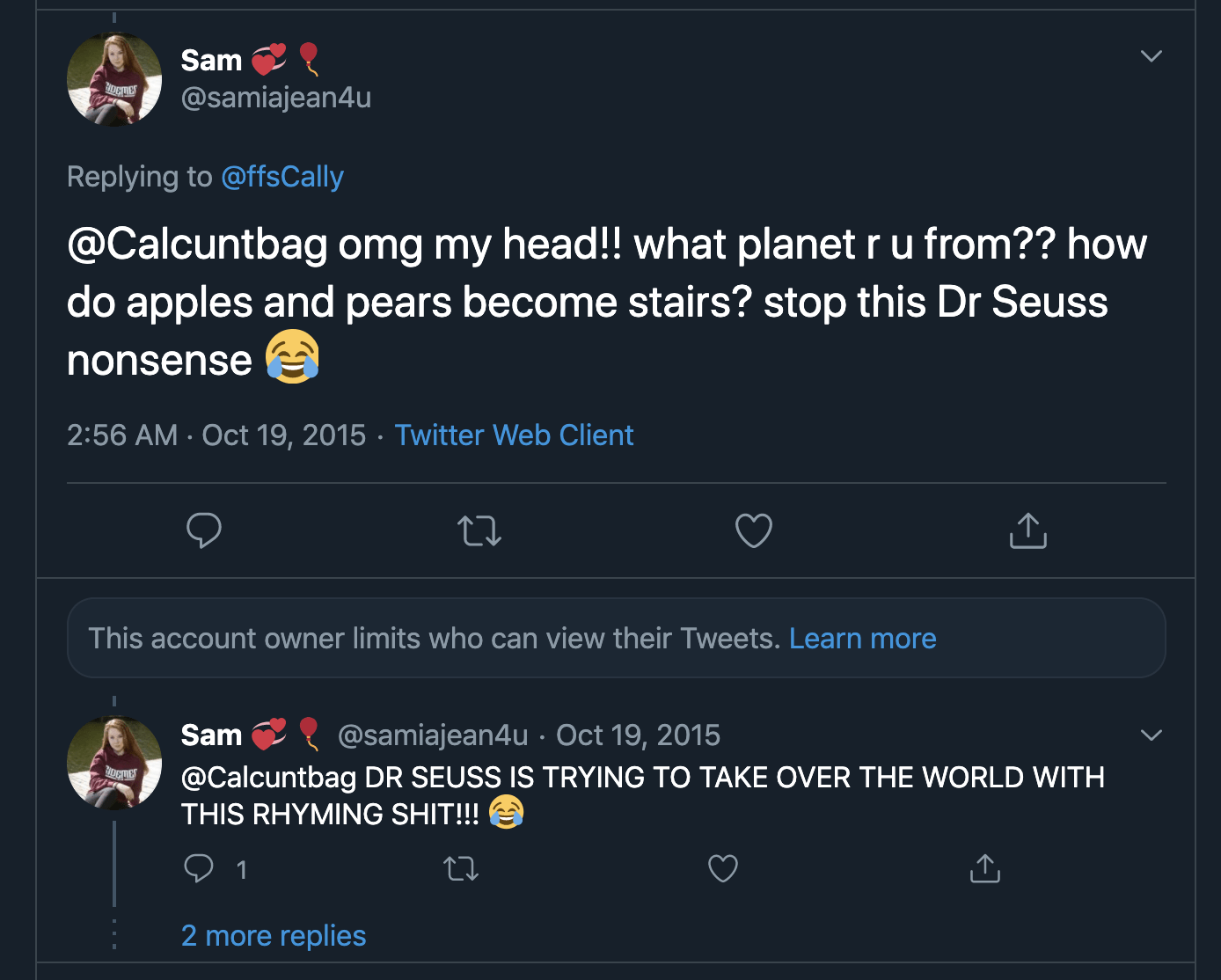 Similarly, regions such as Newcastle have a unique vocabulary that may not be recognized by a sentiment analysis tool; for example, Divvin’ (Don’t), Purely Belta (Great) and Hacky (Dirty).

Unless a sentiment analysis tool has been programmed explicitly with these regional dialects, it’s unlikely to recognize them.

Examples of the use of sentiment analysis

The famous fast-food chicken brand recently concluded that it had become slightly outdated and, as a result, was losing out to its competition.

The brand decided to harness the power of sentiment analysis by tapping into pop culture, including the use of memes and GIFs to increase engagement.

After trying out a few things, KFC began monitoring its social media presence by:

The result of the experiment was that customers became actively involved in terms of engagement, and KFC was able to complete a successful update of its brand.

Google continually monitors feedback and messaging not as a complete message but as the sum of its parts.

It does this by looking at:

As a result, the brand is continuously able to provide relevant, desirable updates and improve weak aspects of its operation.

The use of the tool provided the team with a vast amount of useful information — including the fact that key words used by Obama, including “World” and “People,” engendered a strong positive emotion in his followers, resulting in millions of people sharing his tweets. 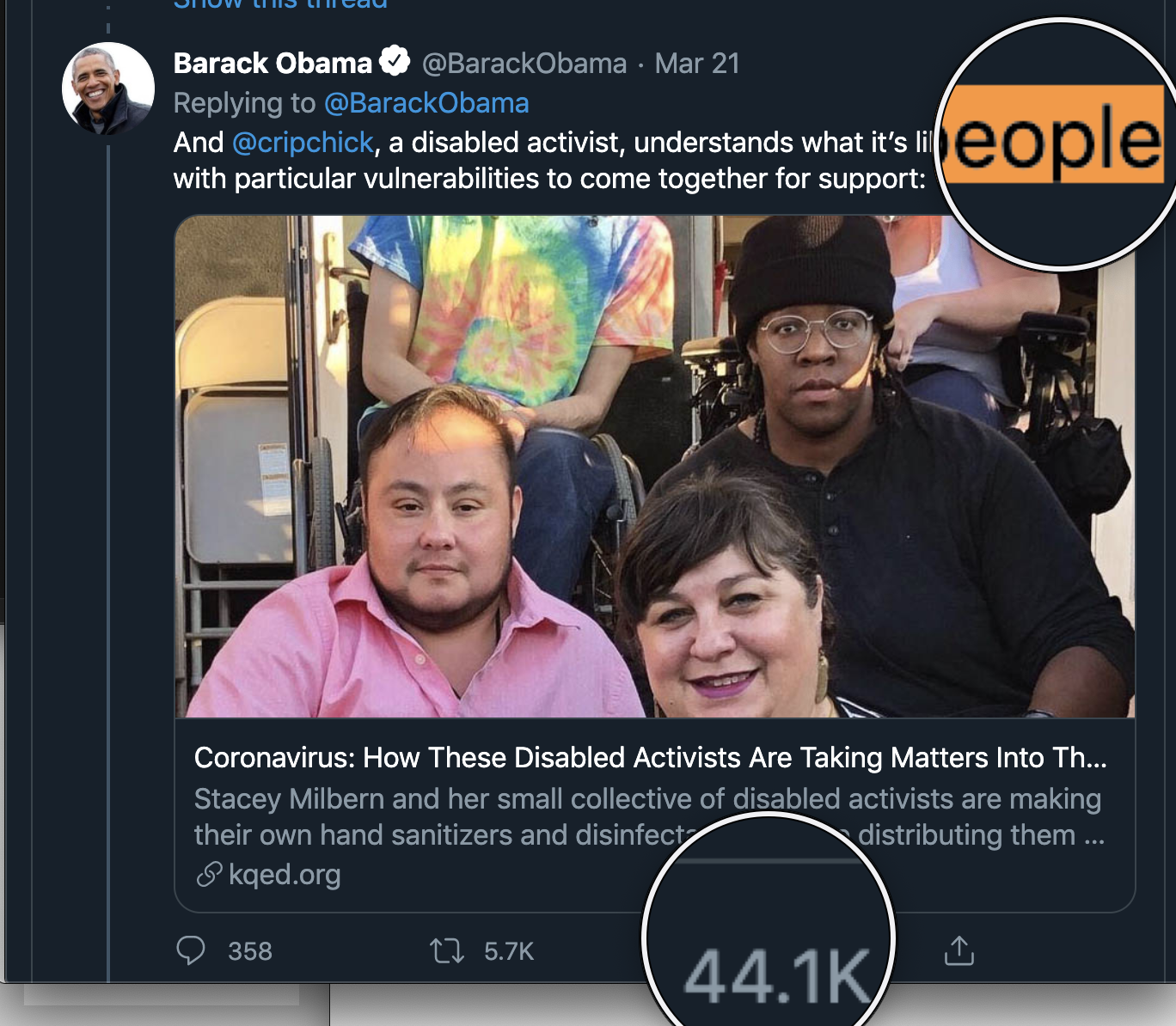 Whether we love or hate a product, social media allows us to instantly share our opinion with a huge number of people — a dynamic that can make or break a brand.

Sentiment analysis is essential in enabling you to monitor what people are saying about your brand and, then, to act accordingly with a response or positive action.

Have you had any experience using sentiment analysis for your brand?

Tell us all about your experience in the comments. 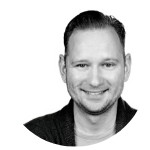 Milosz KrasińskiMilosz is an international SEO consultant, speaker, and blogger. He is helping international brands with their link building activities. He’s currently specializing in running processes that have helped him do outreach to almost 1 million websites. 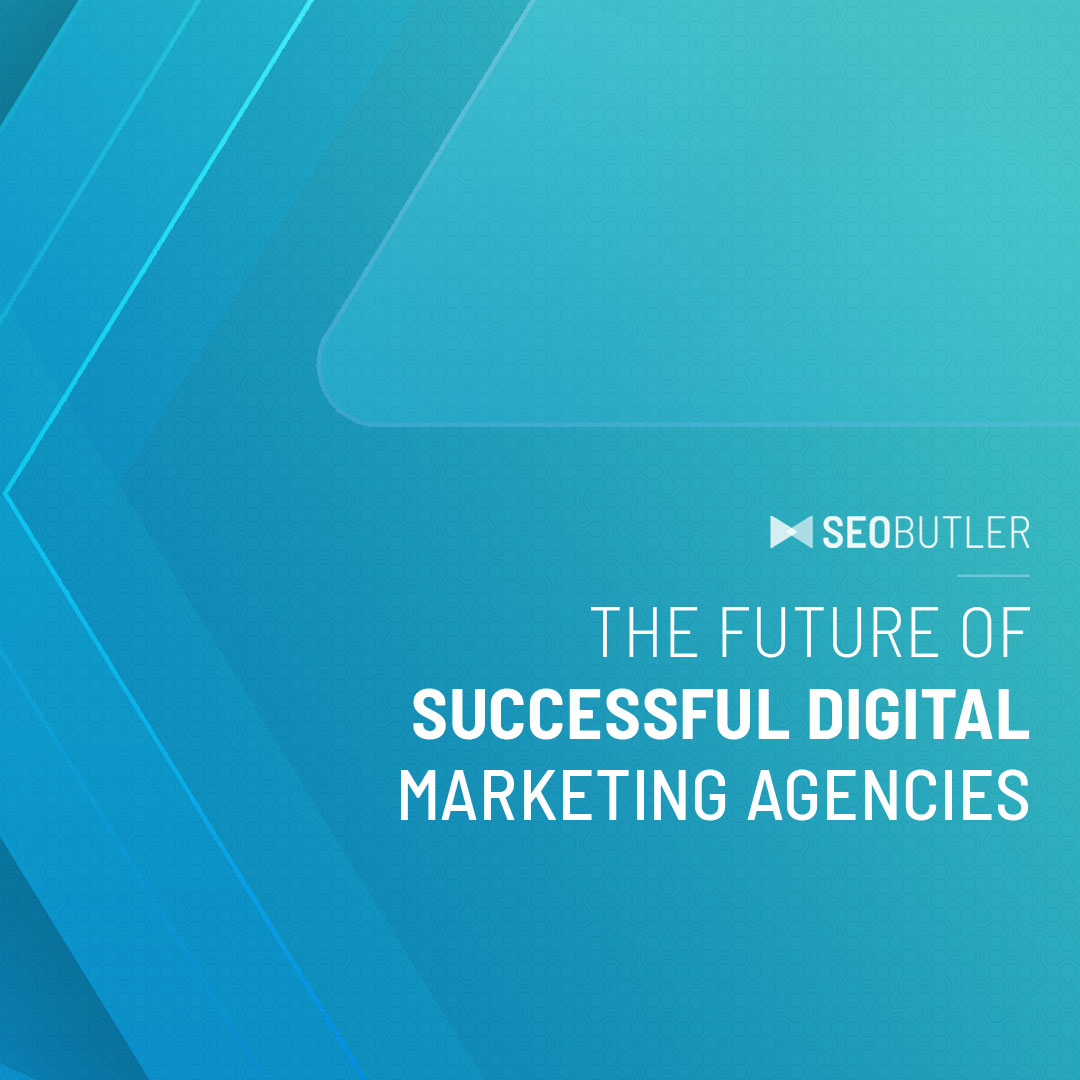 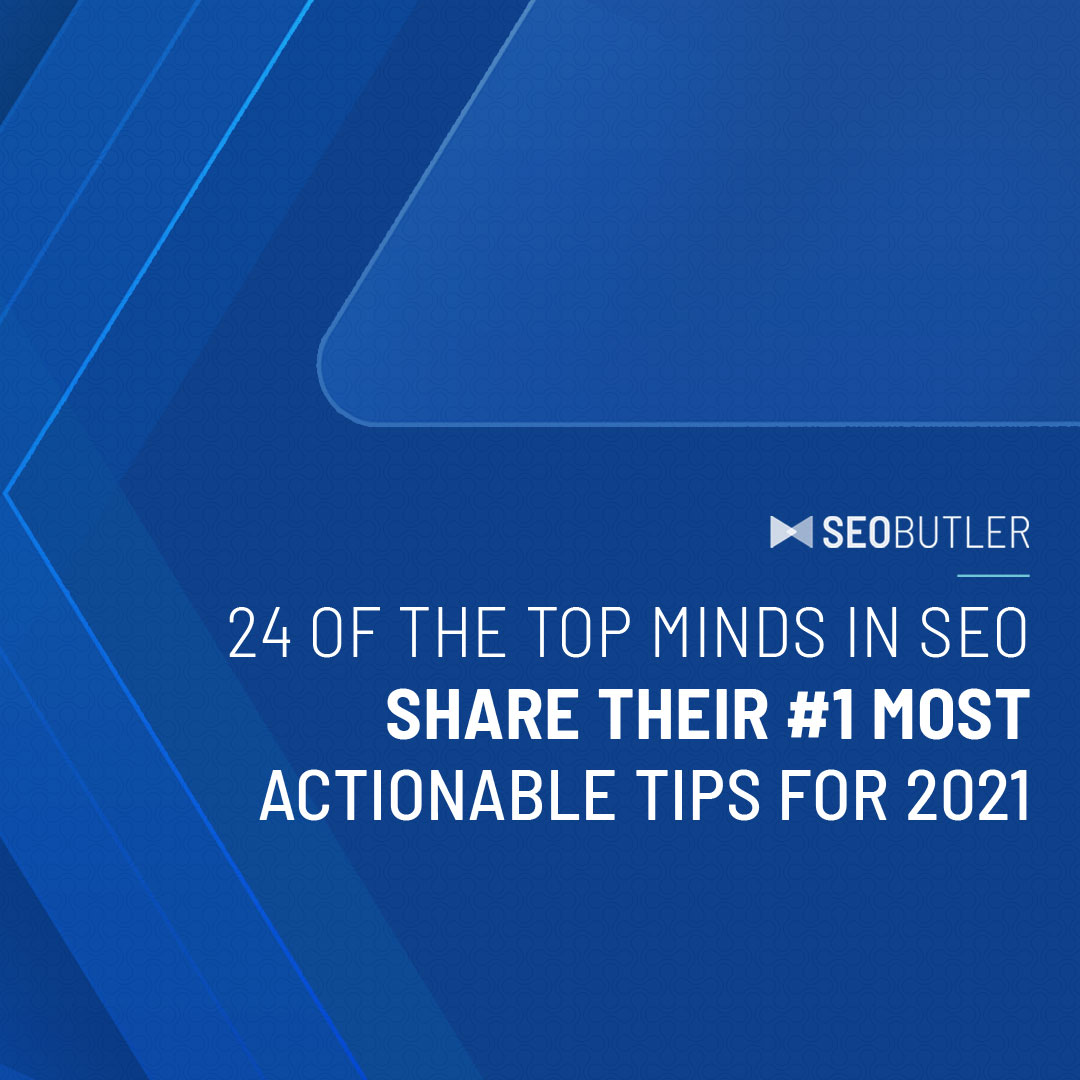